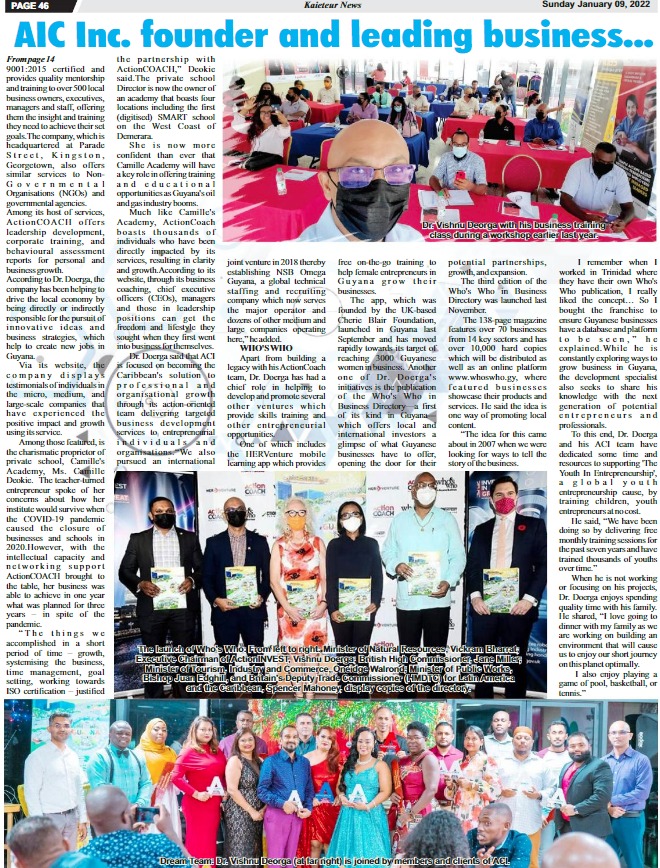 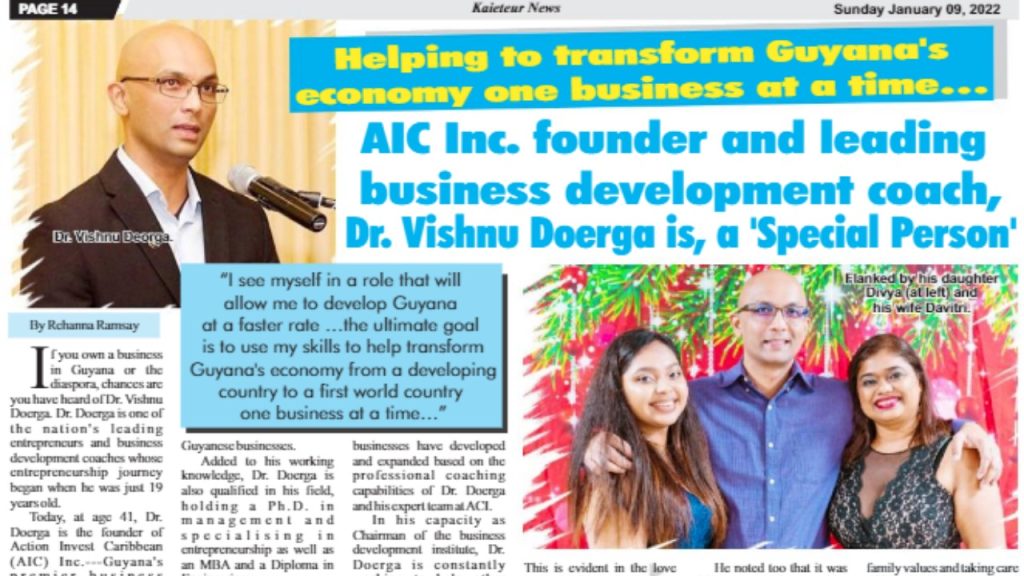 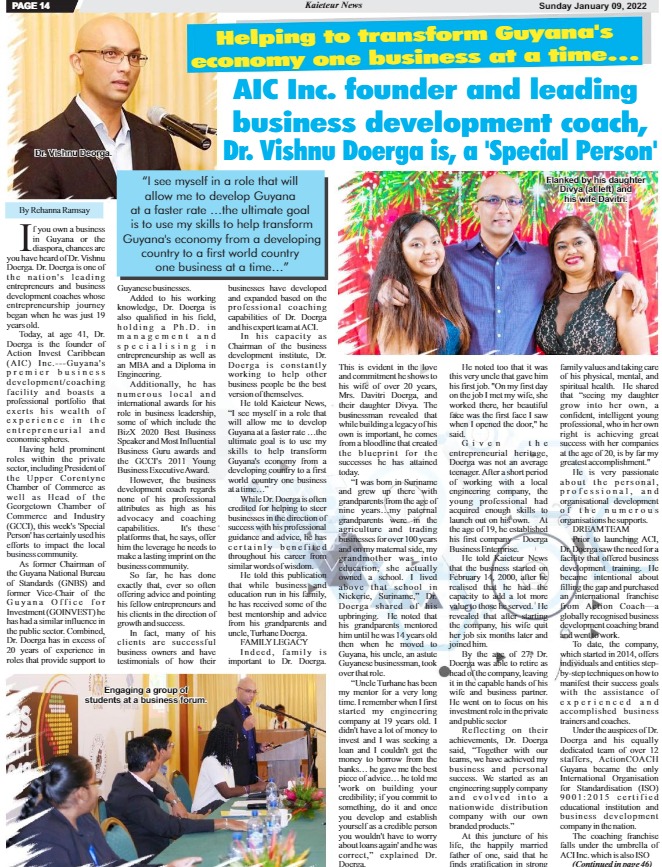 How did you arrive at the idea for your business? I was working with a hardware company and a French company came in that had been hired to fix the foundation of a local hospital. We didn’t have the big parts they needed – generators, an excavator, that kind of thing – so they asked if I could help find them. So I did that in my spare time and soon my income for a single day was higher than my monthly salary. I left that job and, with my last month’s salary, started my company on 14 February 2000. I started helping people figure out engineering problems then moved into distribution, consulting and coaching. After completing my MBA I bought the ActionCOACH franchise and we’re now into our fifth year and have grown significantly. Your key driving force to become an entrepreneur I think it’s just to stop with this ‘getting by’ mentality and to get to true prosperity, because I know it’s possible. As an engineer, the skill is built in – an engineer can’t tell you that a problem can’t be solved. I always see better ways and if people don’t want to put them in place, I feel like my value isn’t fully appreciated. I realised that if I worked on my own and delivered the value I know I can, salaries don’t compare to what’s possible. Greatest challenge being an entrepreneur? Attracting people who understand the vision, selecting them, training them to be part of your team – that is both a challenge and an opportunity. I think the real challenge, though, can be the people around you. Every single day we evolve, but some people prefer the old version, and do their best to keep that version alive. When they don’t want to become better versions of themselves, that’s their choice but when they’re holding other people back – I have an issue with that. What has been your most satisfying moment in business? I’ve travelled around the world because of my service to the private sector – I’ve been to Singapore, Brazil, Hawaii… so many places. Getting my MBA at 32 was a highlight as well. And I recently finished my PhD in Management, specialising in entrepreneurship, after three and a half years. The highlight would be seeing my wife and daughter taking an interest in the business and pursuing studies to better equip themselves to provide value to those we serve. What piece of advice give to other young people who want to become entrepreneurs? Get fantastic mentors. Today I pay some of my mentors and coaches, because they’re able to look and me and say: ‘Why are you doing it that way? Have you considered this way?’ I know how valuable that is. But remember: mentors are not perfect human beings; they’re flawed like all of us. Find someone who does the thing you aspire to be really well and ask them to mentor you on that part. How do you define success? Unlocking my own potential first of all and then utilising that to unlock other people’s potential so that we can have better lives – to me that’s success. Who has been your greatest inspiration? My parents got divorced when I was 8 or 9, so I spent a lot of time with my maternal and paternal grandmothers. They really took me and my brothers under their wings. The belief they had – this unflinching belief that we would grow up and be very successful –it was magical. So it was just hardwired in my brain: if they said it, it had to be true!